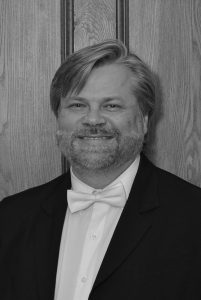 He came to St. Joseph’s in 2012. Rob graduated with a Bachelor of Music degree (University of Calgary) and a post-graduate Diploma in Music with Honours (University of Toronto). He has been a policy member for the worship and the arts subcommittee for the Evangelical Lutheran Church of Canada and a pilot program developer for Music at the Dufferin Board of Education. Rob has conducted many community choirs and orchestras and has been honoured to have directed concerts at the Rose Theatre in Brampton; Notre Dame Cathedral in Paris; Haydn Hall in Vienna; the Marble Hall in the Mirabelle Palace in Salzburg, Austria; Carnegie Hall in New York; and St. Peter’s Basilica in Rome, Italy.